Rebuilding a Legacy at Riverview East

Riverview East Academy students held a pep rally on Friday, September 23, to cheer on the return of the football team with their first homecoming game since 2018.

“I played a bit in my 10th-grade year, but we didn’t finish the season and afterward, the team couldn’t play because of Covid,” said Jydan Harris, Riverview East senior and middle linebacker for the football team. “I’m a senior now with a full football team and it feels great to finish my high school journey playing the sport I love.” 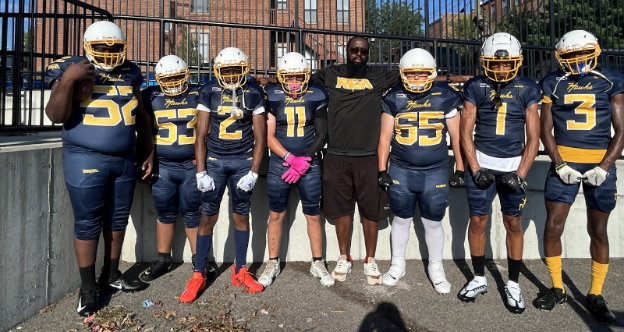 Coach Myles (center) has received the full support of the team since becoming coach.

The team was disbanded due to a lack of interest in 2020 - when they only played one game - with its last full season played in 2018. But with support from Cincinnati Public Schools and local nonprofits, the team made a grand comeback. Now with the return of the Hawks, the school’s homecoming pep rally was overflowing with students ready to cheer on their football team. 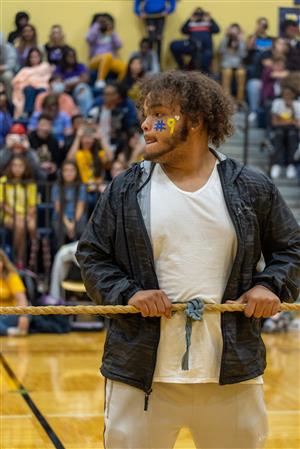 The team is under new leadership, with Gerard Myles taking the reigns as head coach. Myles says right now, the team isn’t too concerned about winning or losing, but rather building a foundation for future football at Riverview East.

“It’s like building a house. Every time you build a house, you start down. You don’t see the results right away,” said Coach Myles. “You start underground with plumbing and that’s what we’ve been doing. And now it’s time to start building the levels and rooms.”

Graduating seniors feel a similar sensation about the team believing that the legacy they leave for their peers is more important than their wins.

“It’s not only exciting for me, but the people after me,” said Ceaon Artis, a senior athlete on the football team. “I think it means even more to the underclassmen to have this team that is building up and getting the attention it deserves.”

“Just because we’re losing, doesn’t mean we’re not fighting for football,” said Jydan Harris. “Football is a sport that everybody loves, win or lose, and we’re doing our part in playing the game for everyone.”

Jaydan Harris was the star of Friday’s pep rally, leading the entire school in cheers and activities.